~ Kevin Davies recently shared a never-seen-before photograph of MacPhisto's trip to the Vatican on his Instagram account. What an absolute thrill that there is still "new" stuff to discover from this era - and what a gorgeous pic!

~ Intriguingly, it's been announced that the U2 Conference in May 2023 will have the theme "Zooropa and MacPhisto 30 Years Later". I wonder what this will cover!

~ If you get a chance to watch the 2018 documentary 'Salman Rushdie: The Death On A Trail', I recommend doing so - I recorded it on Sky Arts and it includes some wonderful clips of MacPhisto's Wembley speech that I had never seen before. :D

I discovered only recently that MacPhisto was interviewed in Select magazine as the Villain of '93! Have you seen much of your mate Salman Rushdie lately?
"One falls out with one's biographer eventually..."

How old are you?
"Age is the cosmetic surgeon's press officer."

Do you believe in God?
"Oh yes. We used to be such good friends. That was a while ago, but my door is always open."

What makes you take up a career in rock 'n' roll so late stage in life?
"I'm a sucker for lost causes."

What's the nicest thing you've ever done?
"Charity events... not all of them, but some of them."

Do you have an Ansaphone message?
"I don't have an answering machine. I don't take incoming calls. Only outgoing. I just call to say I love them."

It's often been said the devil has the best tunes. What are your favourites?
"Oh yes, I was there at the beginning... with the old idea of combining African rhythms with European melody, a rather fine combination don't you think? Well, it caught on and I haven't looked back since. Death metal? Oh, anything that obvious can't be dangerous. Brotherhood Of Man do a much better job for me."

If you had to endorse a brand of takeaway food, which would it be?
"Hot Chocolate has always been haute cuisine to me."

Would you go in for body piercing?
"I've a pair of horns... tridents are a little passé now, a little gauche. My main concern is to be ahead of the times. It's important to touch with the young people, after all you can be thrown out of a party for wearing the wrong shoes, for goodness sake, so the trident had to go. But one should never underestimate the value of a visible symbol. Body piercing, hmmm... I like doing it, rather than having it done to me. I have to be careful not to go too far or I'll end up with a much smaller cult audience and that would be a complete waste of time. Encourage your flock to multiply, I've learnt that from some of the more successful organised religions."

Tell us a joke.
"I may have to recall David Koresh's last words: 'Is it hot in here or am I going crazy?' A question I've asked myself many times."

Do you like the New Brutalism in film?
"Fear of the Devil leads to Devil worship."

What do you think of Bono?
"I have no desire to give him my column inches!  But I will say I've been trying to lighten up the act somewhat. Bringing a little glamour to the show, a little showbusiness... panache they call it in Europe. Essentially I'm an entertainer. Bono's coming along nicely, but he's not there yet. Is he too serious? Certainly not. He's a Pet Shop Boys fan!  I'd describe him as tall, slim, handsome, ludicrous IQ and funny with it. That's what I always tell him. Basically, he's a misunderstood genius, don't you think?"

Heroes and villains of '93?
"I'm happy to fraternise with anyone. I'm not a snob. After all, villains are simply out of step with the law and heroes have just got the common touch. I usually have a look-in somewhere, even if my influence isn't obvious. You know, when you see politicians waving on TV or in press photos? Often they're waving at me. You'd be surprised how far I get."

All of MacPhisto's EI Tour speeches can now be downloaded in MP3 format. I have also recently replaced many of the ZooTV MP3s with more complete or better quality versions. :)

I finally got my own copy of Arena magazine a few months ago (better late than never!) so I did some scanning of Kevin Davies' wonderful photoshoots. 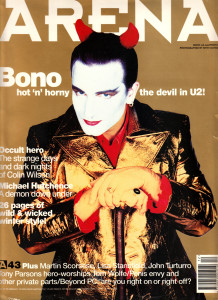 I had only ever seen a small, awful-quality scan of this Vatican City fountain photo. The new scan is still not brilliant quality (please share the original on Tumblr, Kevin?!) but it is certainly bigger and better than the old one: 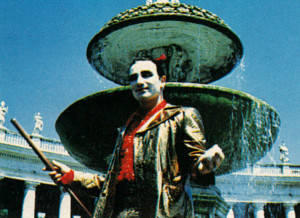 This image is best known as a poster, but a text-free version appeared in the magazine. I had a somewhat poor-quality version of it before, now replaced with this one: 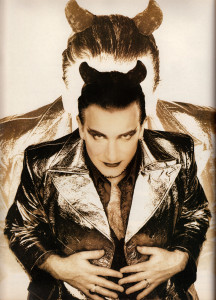 I had also only ever seen some rather small scans of the dressing room sequence, so it's good to get some bigger and less cropped versions: 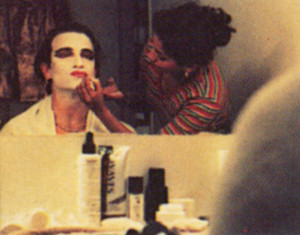 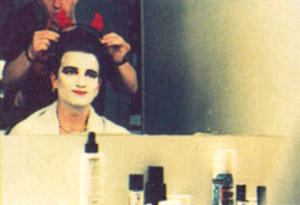 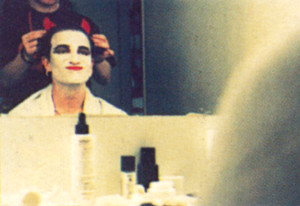 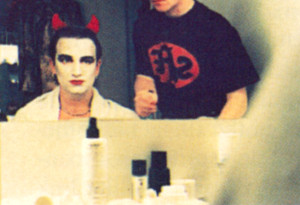 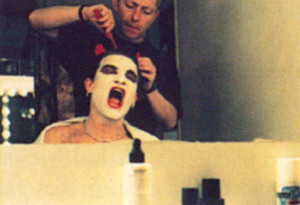 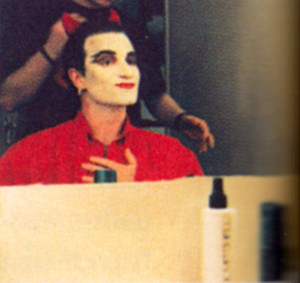 And a much better quality montage of the whole set:

Also got a much bigger and less cropped scan of this sofa photo: 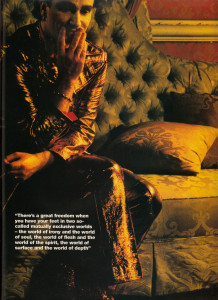 Way back in the '90s, I rather clumsily edited the text out of that image. All these years later, I still see that same crappy quality edit floating around the Internet because nobody ever bothered to make a better one. Internet, here is my latest gift to you. I spent more time on this one. 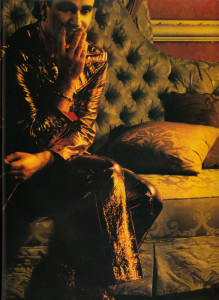 These photos are all copyright Kevin Davies - please contact him if you want to use them in any other publication!

If you missed them, here are all the 2018 MacPhisto speech clips that appeared on U2's social media accounts:

If anyone hasn't seen it yet, I wrote a detailed review of MacPhisto's role on the EI Tour here. I have also added downloadable MP3s of most speeches to the transcripts page!

Still working on updates to the website (it's been a busy couple of months!), but in the meantime you can read / watch / listen to all of MacPhisto's speeches from Europe here. Did this really happen?! <3

My MacPhisto fansite is now up-to-date with stuff about the past couple of years.

And all of his recent speeches can be found here!

Do my eyes deceive me, or is Mr MacPhisto eating an ice lolly in the Lemon remix video?! 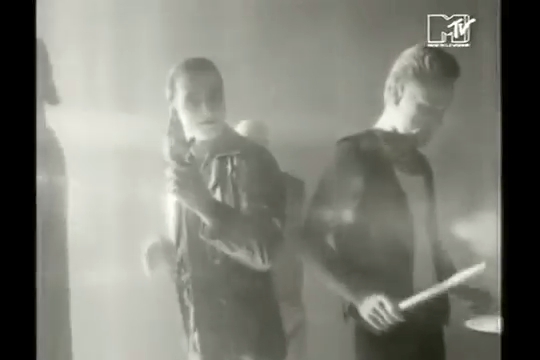 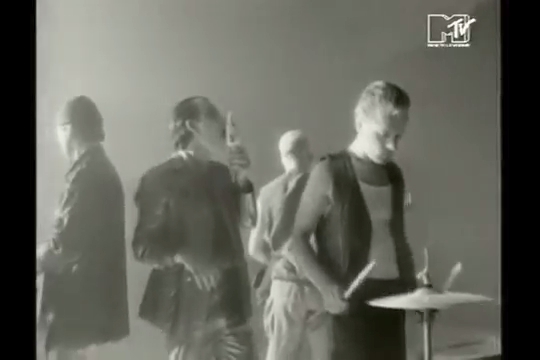